All Sem-I-No Grotto meetings are cancelled for March 2020 -May 2020. Please contact Prophet Al Flores with any questions Click Here. Stay safe Prophets Please keep all those affected or impacted by this pandemic in your prayers.

The Mystic Order of Veiled Prophets of the Enchanted Realm, also known as M.O.V.P.E.R. or The Grotto, is a social organization for Master Masons, and as such, all Master Masons are welcome to join. It encourages renewed interest in the Blue Lodges, though it makes no claim to be a part of Symbolic Craft Masonry Members are distinguished by a black fez with a red tassel and a Mokanna head in the middle.

Founded on the Masonic principles of Brotherly Love, Relief and Truth, the Grottoes of North America is a charitable organization, dedicated to promoting Good Fellowship, Friendship, and Fun amongst Master Masons. The Humanitarian Foundation is the official charity of the Grottoes of North America. A 501 (c) (3) charitable organization that brings “Special Smiles” to qualifying special needs children by providing them much-needed dental care. “Doctors of Smiles” are the Grottos’ representatives in the community who work with families, dentist, and the Humanitarian Foundation to ensure that qualifying special kids get “Special Smiles”. Past Monarch, Lenny Tashman is our Sem-I-No Grotto Doctors of Smiles. The Children’s Real Life Ranch is another charity of Sem-I-No Grotto. A 501 (c)(3) charitable organization that offers residential, family style group foster homes. We hold monthly, “Meet & Greet”, events at various fun venues. to socialize and promote Good Fellowship, Friendship, and fun. Family and friends are invited. The Sem-I-No Grotto member ladies are also a vital support of our work. We welcome your interest and questions about Sem-I-No Grotto. 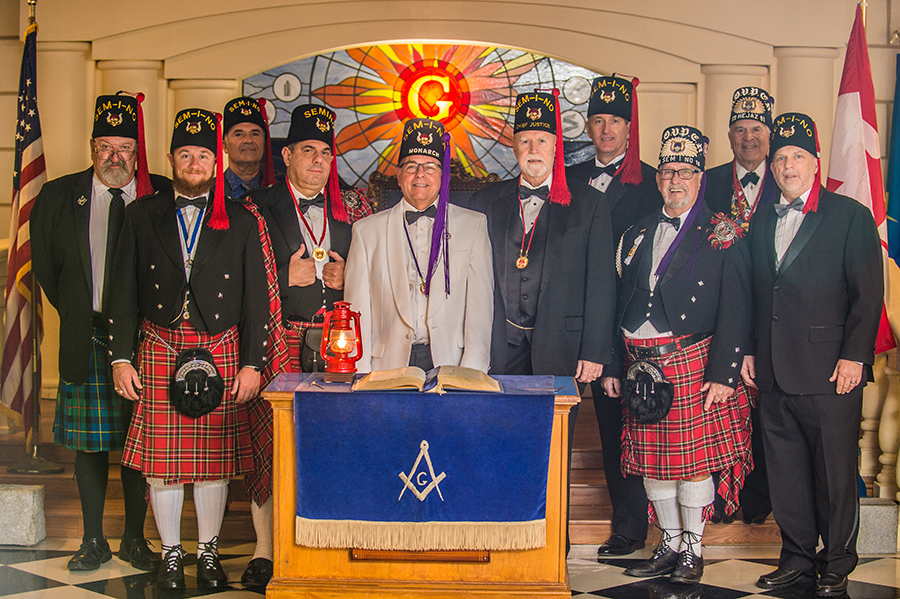 Be one ask one

BECOMING A MEMBER
Dear Brother, thank you for your interest in becoming a member of Sem-I-No Grotto.
Sem-I-No Grotto is chartered by the Grottoes of North America, a non-profit organization, dedicated to promoting Good Fellowship, Friendship, and Fun amongst Master Masons.
To join Sem-I-No Grotto, you must be a Master Mason in good standing of a recognized Lodge and continue to maintain your good standing in the Blue Lodge in order to retain your standing in the Order. You must obtain a petition from a member. Complete the petition and have it signed by a Sem-I-No Grotto member who is recommending you for membership. Once your petition is read and accepted, you will be contacted regarding dues and participation in an initiation ceremonial. Click here to learn more

Past Monarch, Lenny Tashman
History of Dr. Smiles
The Drs. of Smiles (Grotto volunteers) are key to the operation of the dental program. They are the Grotto representatives in the community who work with families, dentists, and the Humanitarian Foundation to ensure that special kids get special smiles.At the first Dr. Smiles seminar in 2011, Edward Sterling, DDS, (Achbar Grotto) aptly described what a Dr. of Smiles does and who he is in the following way:
A Doctor of Smiles is a:
Mediator
Ambassador
Negotiator


MYSTIC ORDER OF VEILED PROFITS OF THE MYSTIC REALM | MOKANNA

The Grotto was grown out of informal meetings by members of the Hamilton Lodge #120 in Hamilton, New York, who wished to seek “relaxation from the sterner duties of life by holding occasional informal meetings for fun and good fellowship” and play practical jokes on each other. On September 10, 1889, they decided to formally organize their group as the “Fairchild Deviltry Committee” of FDC, after LeRoy Fairchild, a local store owner and leader of the group. After a number of new branches formed in other localities the FDC formally transformed itself into the Mystic Order of Veiled Prophets of the Enchanted Realm on June 13, 1890.

It is a social organization for Master Masons, and as such, all Master Masons are welcome to join. It encourages renewed interest in the Blue Lodges, though it makes no claim to be a part of Symbolic Craft Masonry. Members are distinguished by a black fez with a red tassel and a Mokanna head in the middle.

For a few years the Mystic Order of Veiled Prophets of the Enchanted Realm had no official emblem to wear. Word got around that the Mystic Order of Veiled Prophets were permitted to wear an emblem that set them apart from others and a black Fez head covering was selected with a Mokanna Head in the center, giving the name of the Grotto. Naturally, this attracted attention. The minutes of a February 26, 1903 stated meeting of Azim Grotto, Bronx, New York states: “Prophet Charles E. Lansing, Past Potent Monarch, after some preliminary remarks, descriptive thereto, presented to those present, a drawing in color of a headgear appropriate for the Order. The same was received with favor and by motion, regularly made and seconded and carried, it was unanimously decided to adopt and wear them on serious and other appropriate occasions.” In the minutes of October 29, 1903, it is recorded: “The Potent Monarch reported that the Fez worn by our members was, at the Annual Session of the Supreme Council held at Hamilton, New York on October 20, adopted as the official headgear for all Prophets of the Realm.

At the June 1949 Grottoes of North America meeting, the delegates adopted a resolution to establish a 501(c)3 national charitable program, which was to be named the Humanitarian Foundation. Its first project was “Aid for the Cerebral Palsy Child”. Since its inception over $1,000,000 has been contributed to UCP Research.

In 1953 the Enchanted Lantern was adopted as their emblem to represent each contribution of $50 or more that was made, although contributions of any size are gratefully accepted.

In 1969, The Humanitarian Foundation Trustees expanded the scope of the program by adopting the Dental Care for Children with Special Needs program in conjunction with the Illinois Masonic Medical Center in Chicago, Illinois. In 1973, The Extension Program was developed to treat children locally to remove the burden of travel and housing for the parent and child. The Advocate Illinois Masonic Medical Center and Children’s Medical Center in Dallas, Texas are two of our National Treatment Centers.

Today the Humanitarian Foundation, not only remembers the child with Cerebral Palsy with their annual contribution to research, but adds to it the unique partnership with qualified dentists throughout the United States and Canada.

Meeting nights every 3 Friday of every month 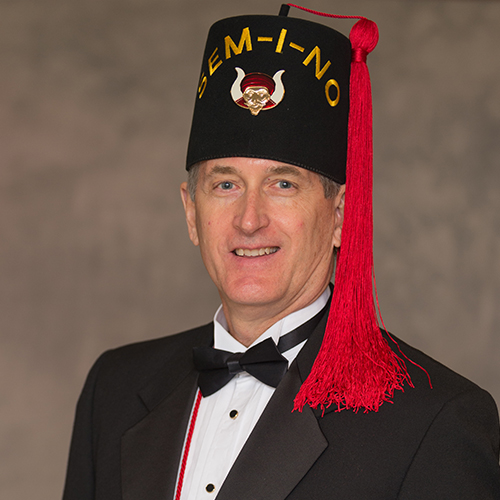 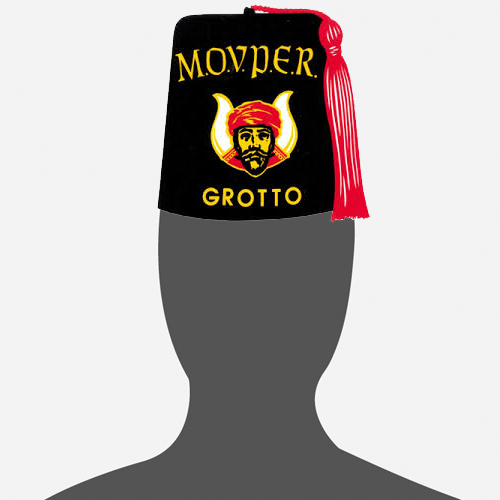 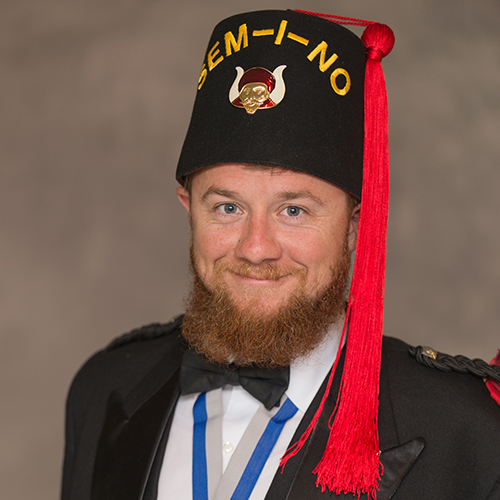 Walter Arnett
CAPTAIN OF THE GUARD 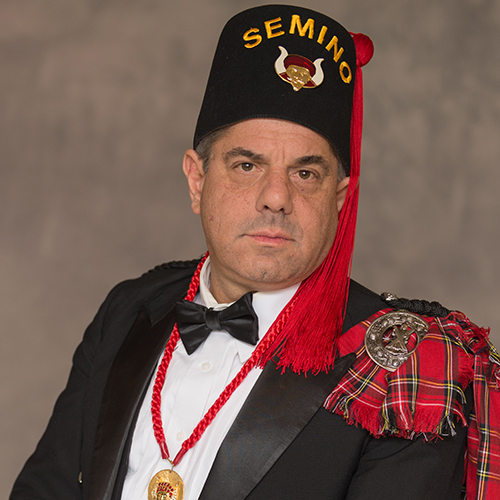